Once, a giant turtle took a thousand-year nap. Unknown to him, a mountain was formed on his shell, where animals and people made their homes there. Awakened by the noise and pain from the fires built on his back, he crawled toward the sea to cool off. When he saw the dwellers on his back, he did not want to hurt them; so he slept another thousand years until he could no longer endure the pain. Using his ancient wisdom, he devised a plan to save the day for everyone. 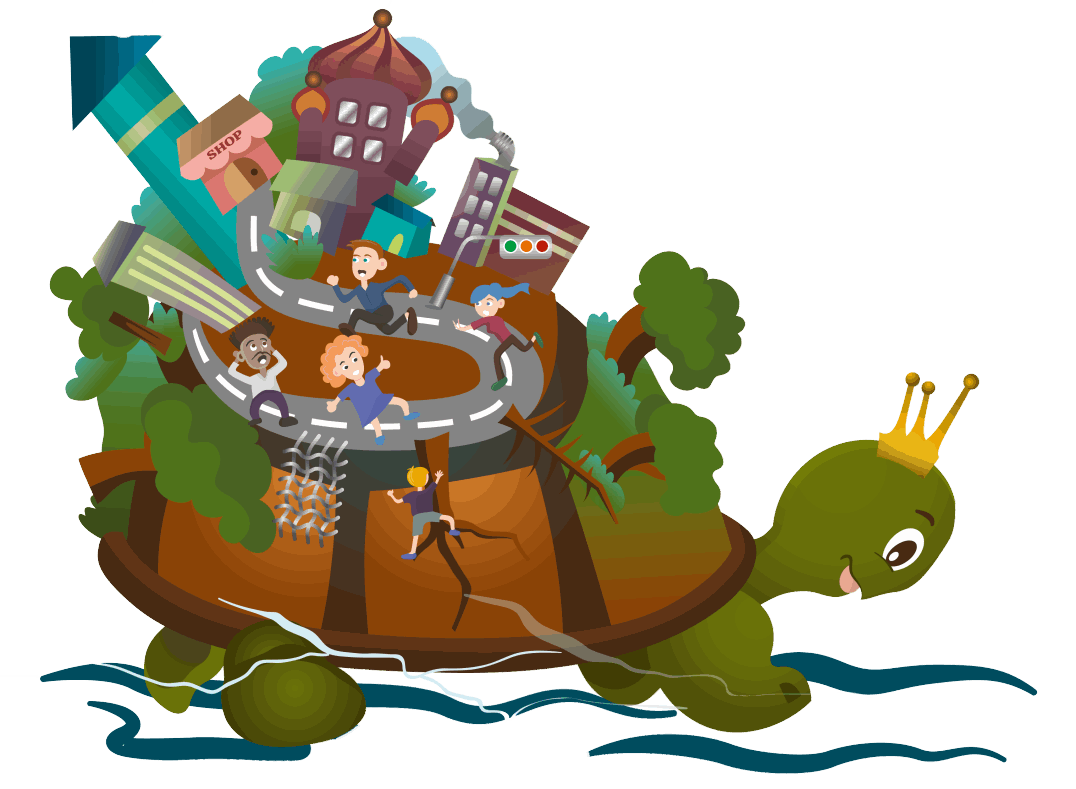 Dana Green is a teacher and author, dedicated to writing books that teach children how to connect to their spiritual nature through art and story. Her latest books are Prince Siddhartha and the Bully and Dharma Bells, a coloring book of Buddhist symbols. She holds a MA in Buddhist Classics from Dharma Realm Buddhist University and a certificate in Writing for Children from the University of Washington. 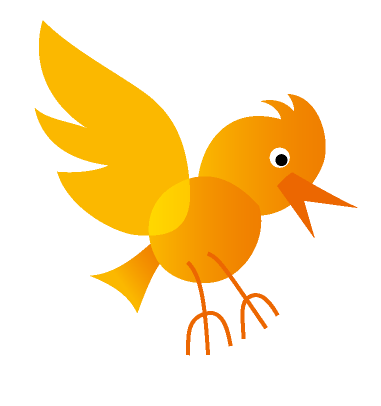 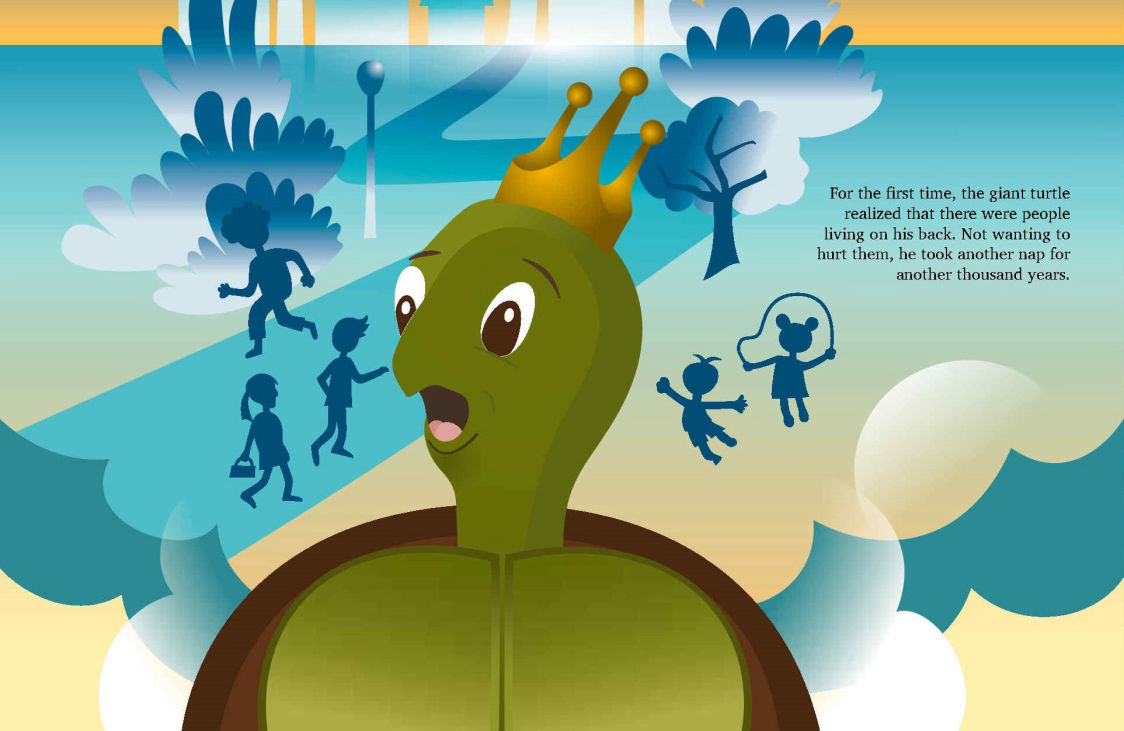 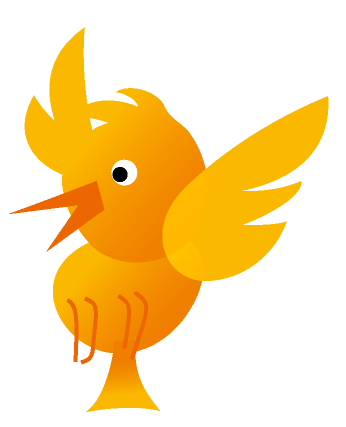 Levendivin is a graphic designer and digital painter. Her work includes coloring and designing Guan Yin: The Buddha’s Helper, Snow- Colored Peaks, and Amitabha’s Happy Land. She lives in Paris. 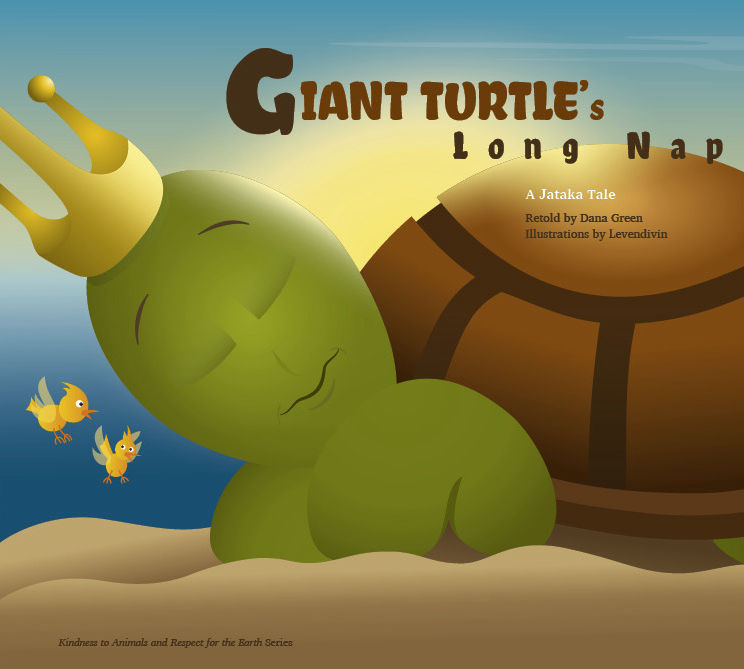 A jataka tale about compassion and sacrifice.

Jataka tales are built on the past lives of the Buddha and have been retold many times for over 2,500 years. 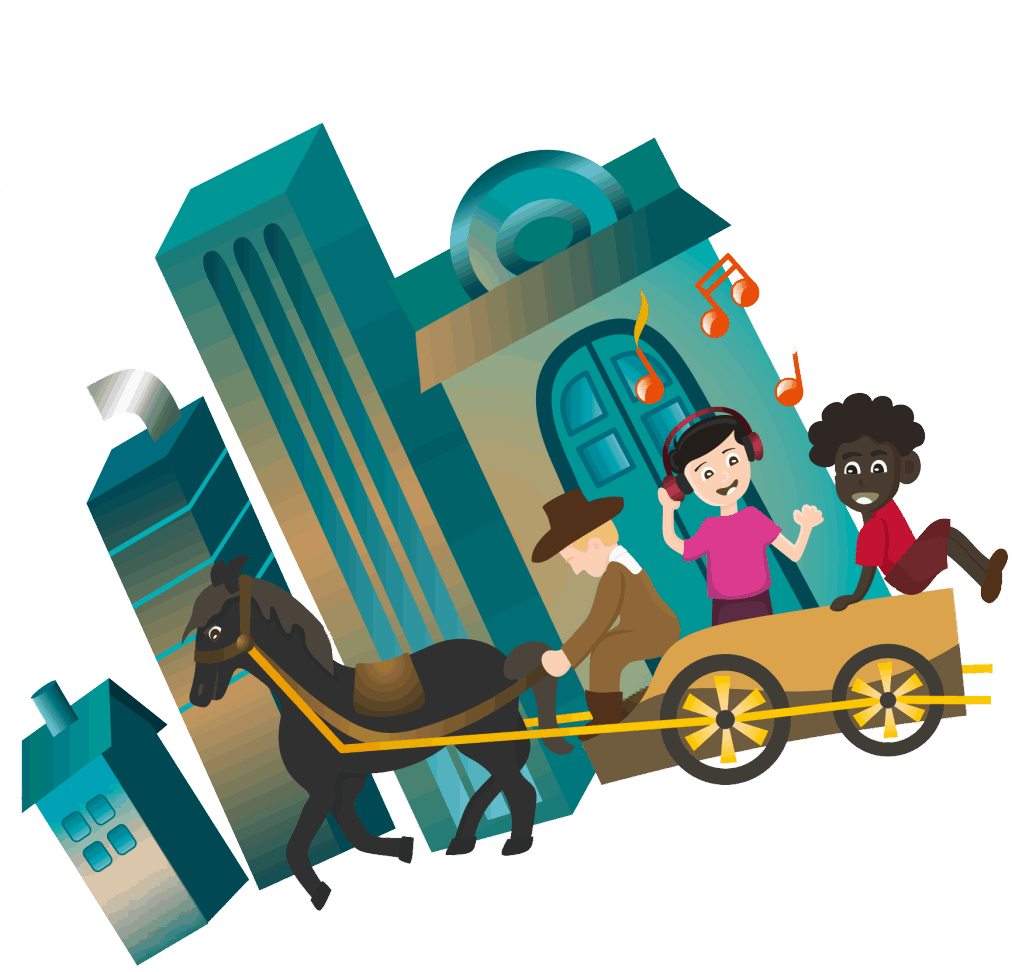 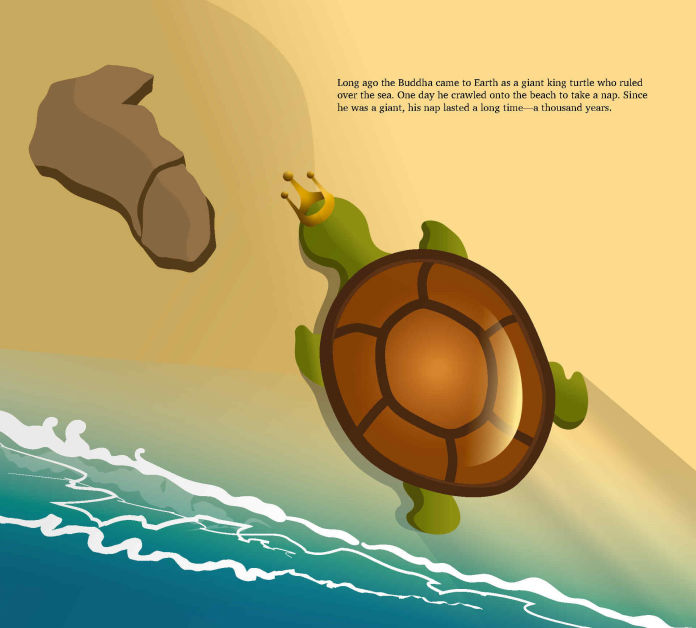 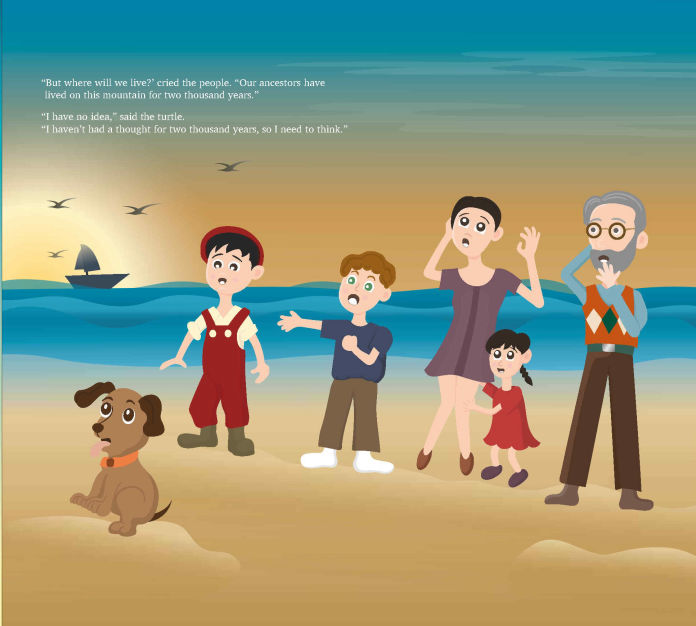 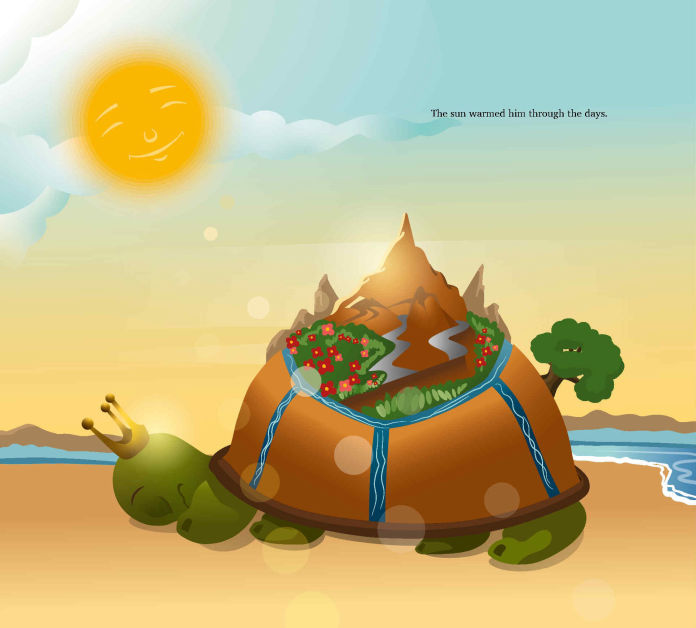 reviews by our readers

"Giant Turtle’s Long Nap beautifully describes how human beings have to coexist with other living beings on earth."

A great book for young readers 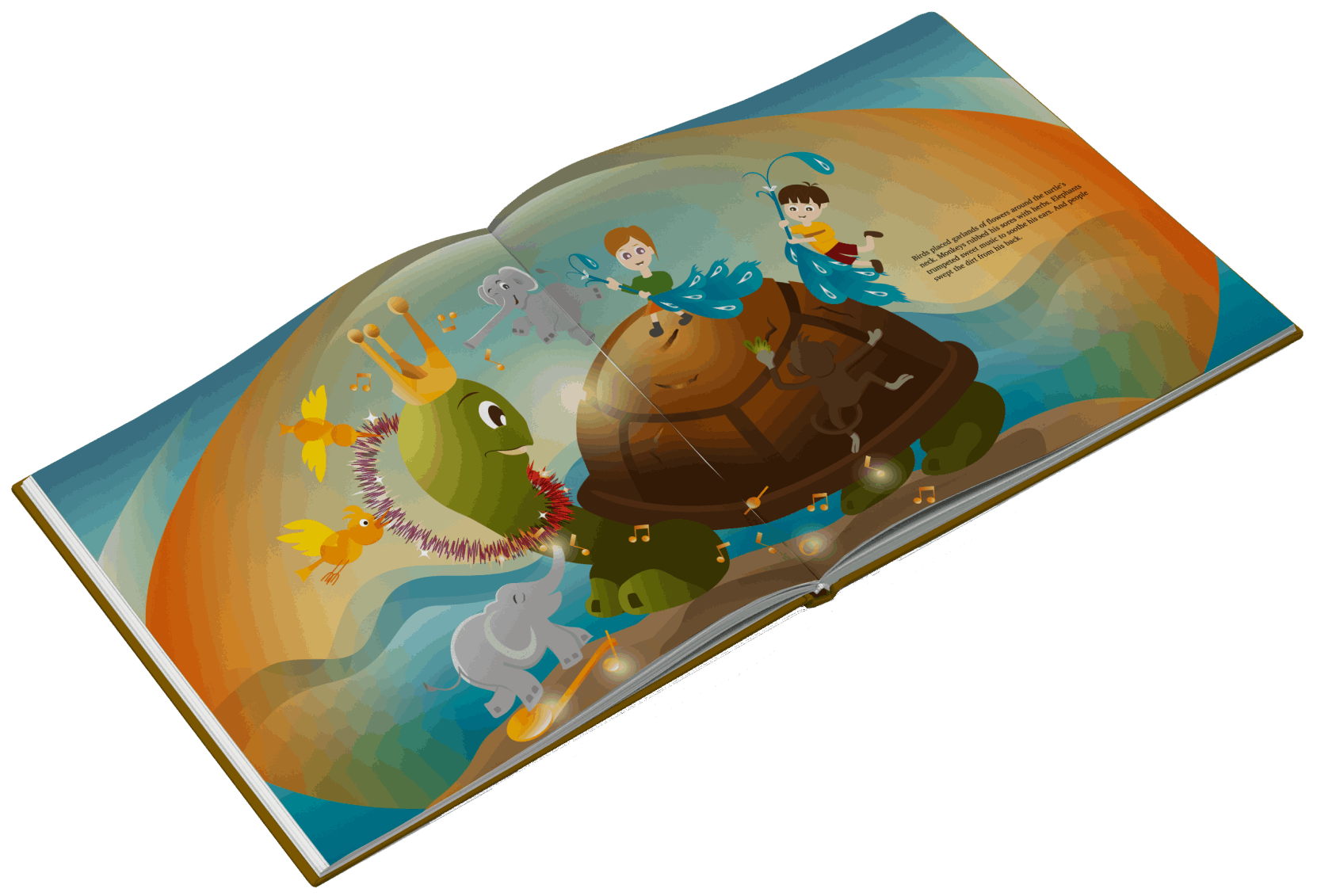 Check out these delightful & fun books: 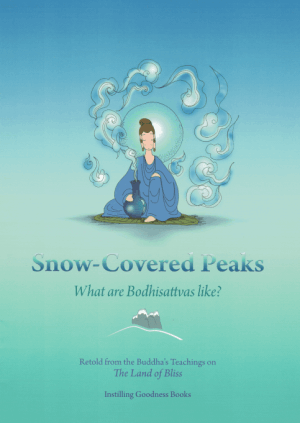 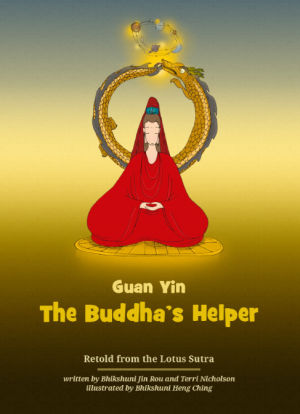 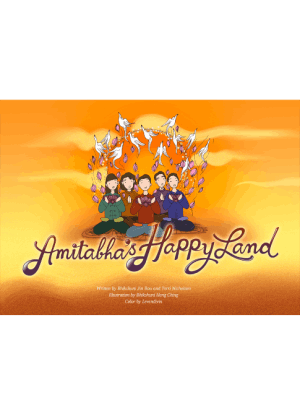